Looking back at the blog posts we’ve done about our homebrew meetups, we realised that there was a gap in our coverage of the September event held at Vivon’s and Eric’s place. It wasn’t that we procrastinated and hence forgotten to write about it (that sadly, is sometimes the case), but how it all transpired turned out to be a largely unmemorable affair.

Don’t get me wrong. Functionally, it had some of the qualities of a good meetup. Vivon made awesome meatball subs, the brewers among us brought by beers to be judged and sampled, and of course, our friends were all there. But if there was one thing that made it particularly forgettable, it was the sudden surge in newbies who wanted a peek into our rabbit hole, whether brewing beer was on their minds or not. I remember a bunch of us regulars so overwhelmed by the 30-strong crowd who looked like they were there to just socialise (they probably heard about us too after Vivon and I did a drunken advertisement of the club at the iBrew Challenge – oops!) that we just staked out spots in the kitchen with the dogs, relishing the quiet and slightly more serious dedication to tasting and judging beer.

In truth, the Singapore Homebrew Club has grown quite a lot since its very first meeting in September 2012 – one year on, we suddenly saw more than 30 people (kids and wives included) squeeze into V’s and E’s basement for an event that felt like beer was more the enabler than its star in September. For some of us a little more serious about craft and home brews, this was a worrying sign that the group might be going down the path of the Craft Beer Appreciation Club – not that it was necessarily a bad thing, but a bunch of us were happy to have a separate space to geek out over own made beer more.

October gave us regulars a bit of time to regroup and discuss a method to our meetups, and November was in part, an execution of it. Realising that our members’ homes could hold no more than 15 to 20 people at best, we started looking elsewhere to hold our meetings and Jungle Beer was it for November. 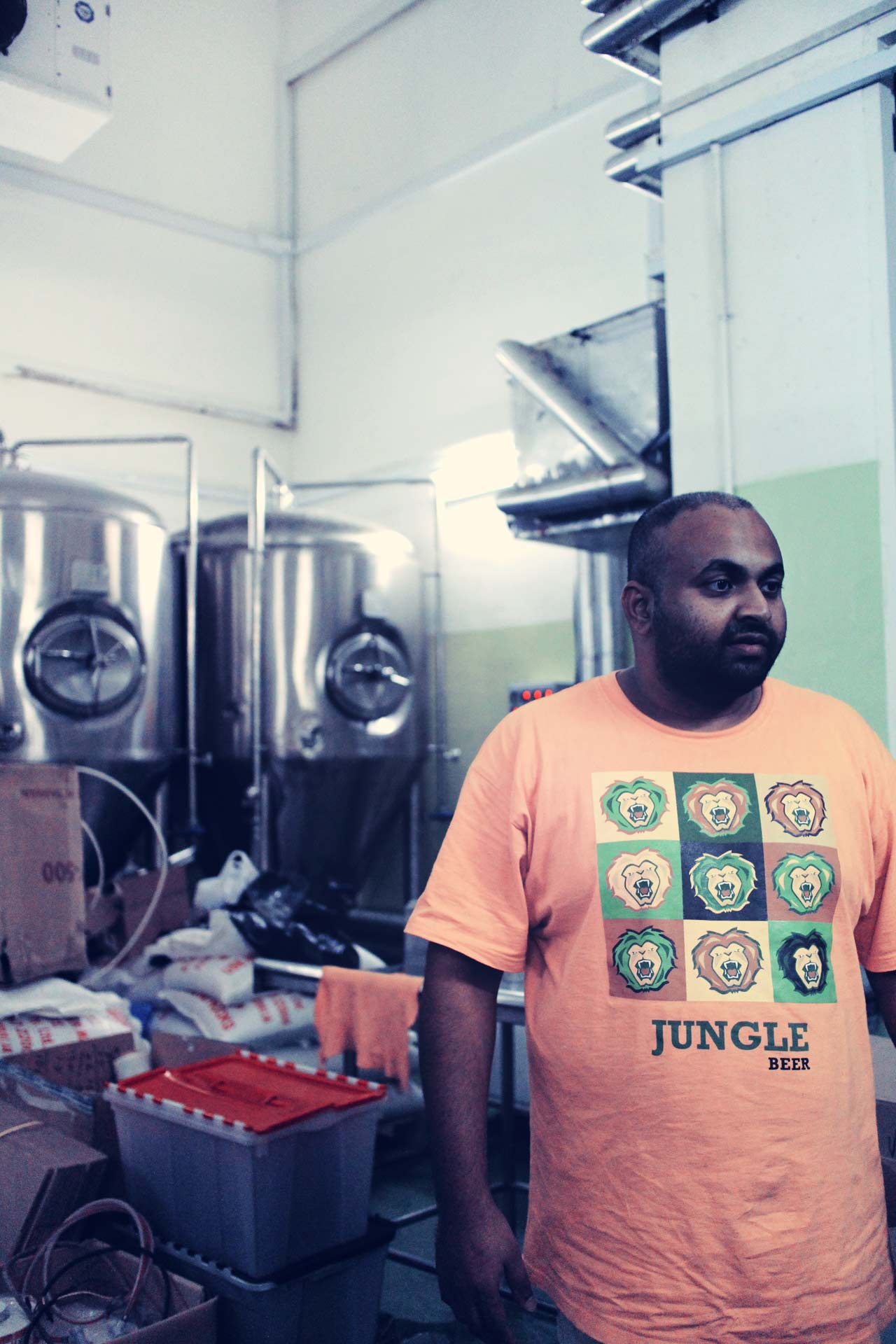 Its brewmaster and owner, Aditya Challa, was kind enough to open his mezzanine drinking space to the group, and offer $5 pours of his regular brews. Again, we were looking at at least 25 people, including brand new attendees, turning up for the meeting. Armed with the feedback and what we’ve learned running bigger meetings, we were determined to make this one work better. 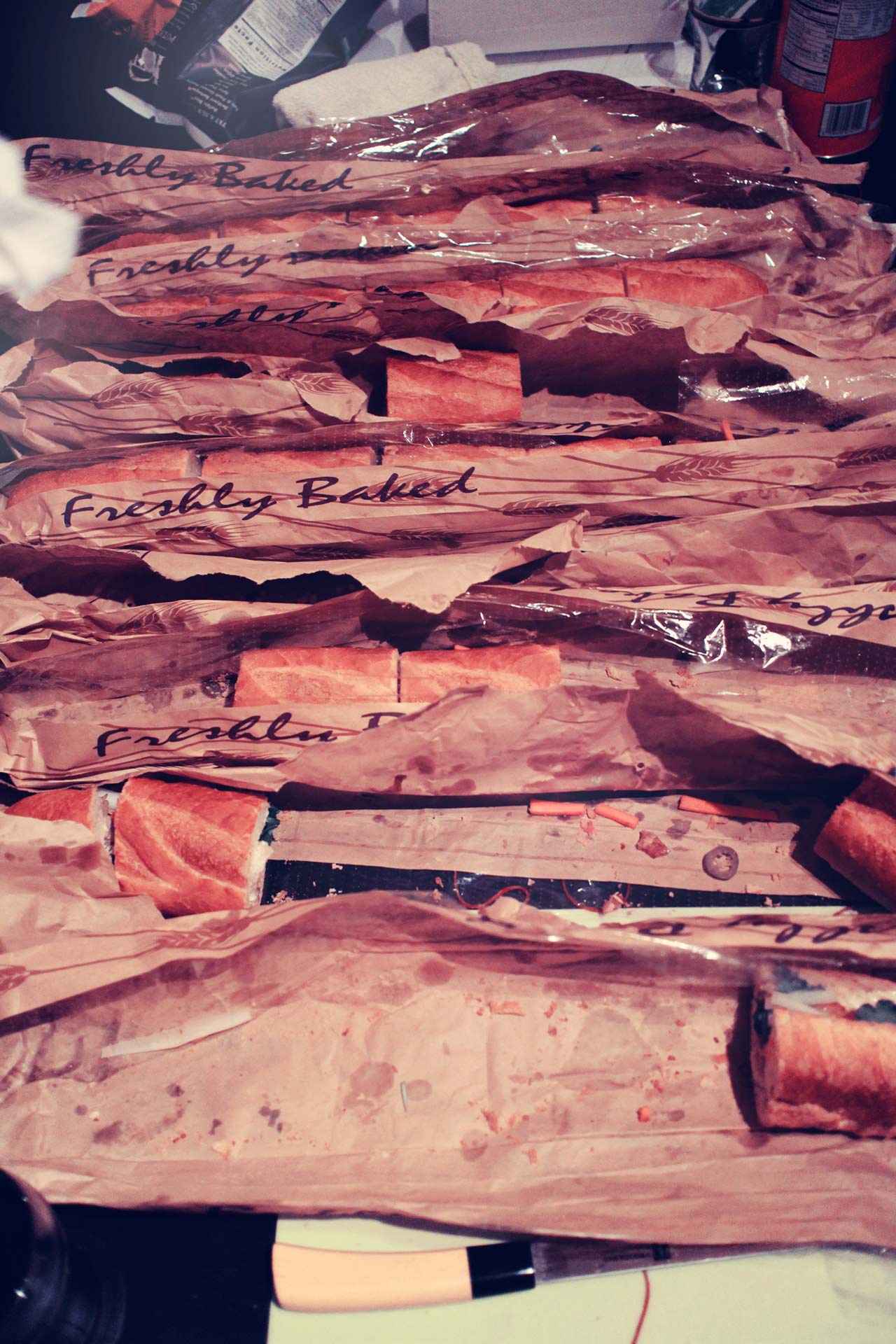 Vivon fed everyone with loaves of pretty awesome bahn mi-style sandwiches with pork belly and duck, and other members also brought everything from Spanish tortillas, flapjacks, potato salad and even (yucky!) Cheetos to help everyone line their stomachs before judging. With most of that out of the way, Adi took all of us in two groups for a quick brewery tour of his facility… 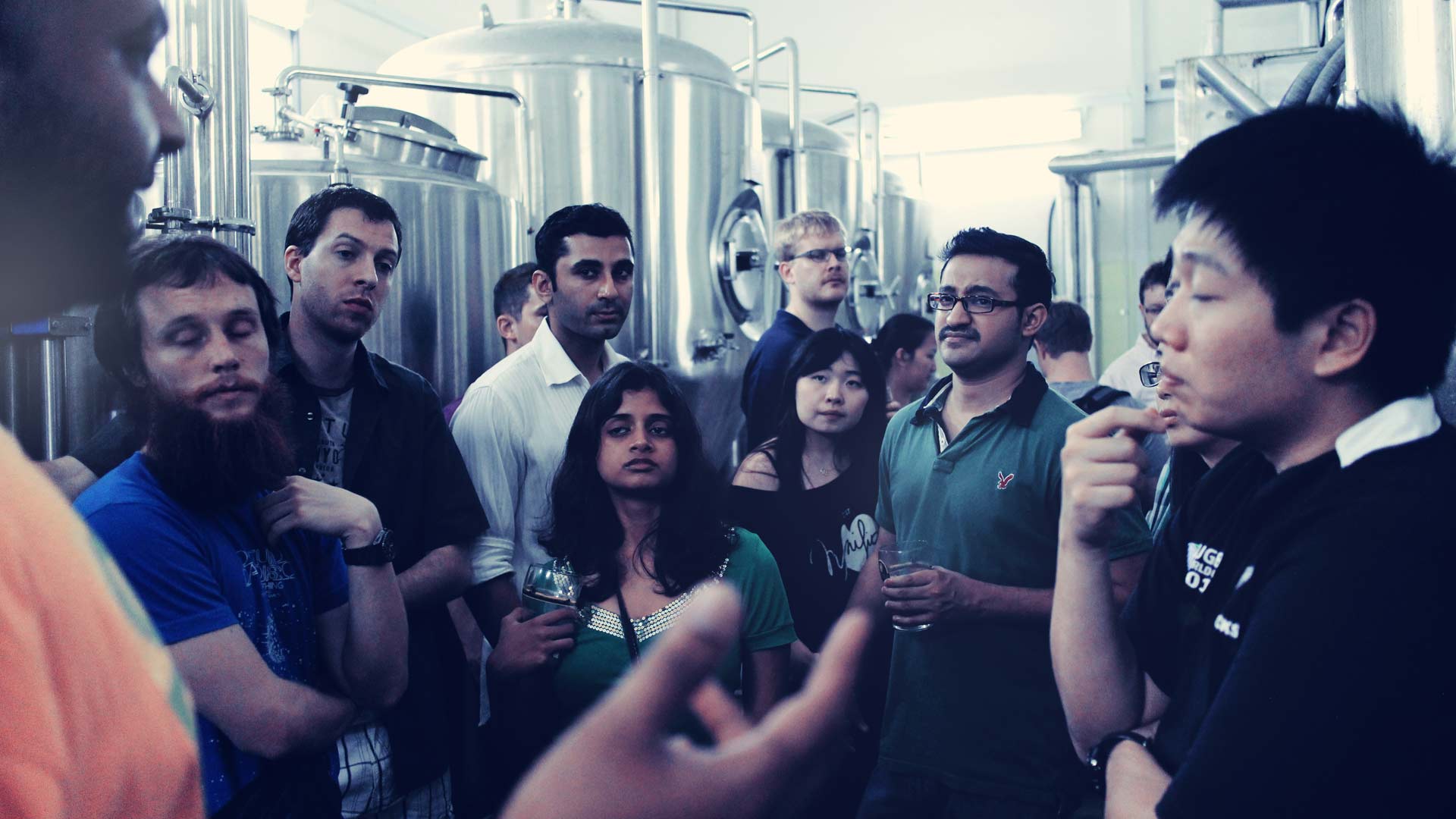 …after which, we were on to the tasting proper. The home brewers serious about improving have always felt that the feedback sheets sometimes were not filled in properly, and after some thought, we felt maybe people didn’t feel confident to write their real reviews on the brews, nor had the tools to. So, inspired by my brief experience sample judging beers at the Asia Beer Awards at Beerfest this year, I thought we’d follow their method. All beers were served as blind as we could serve them (of course, the brewers knew which one was theirs after we announced the style), each beer had its own judging slip, and one of us made sure to read out the beer style guidelines from the Beer Judge Certification Program stylebook to remind everyone about the particular drink’s desired qualities. 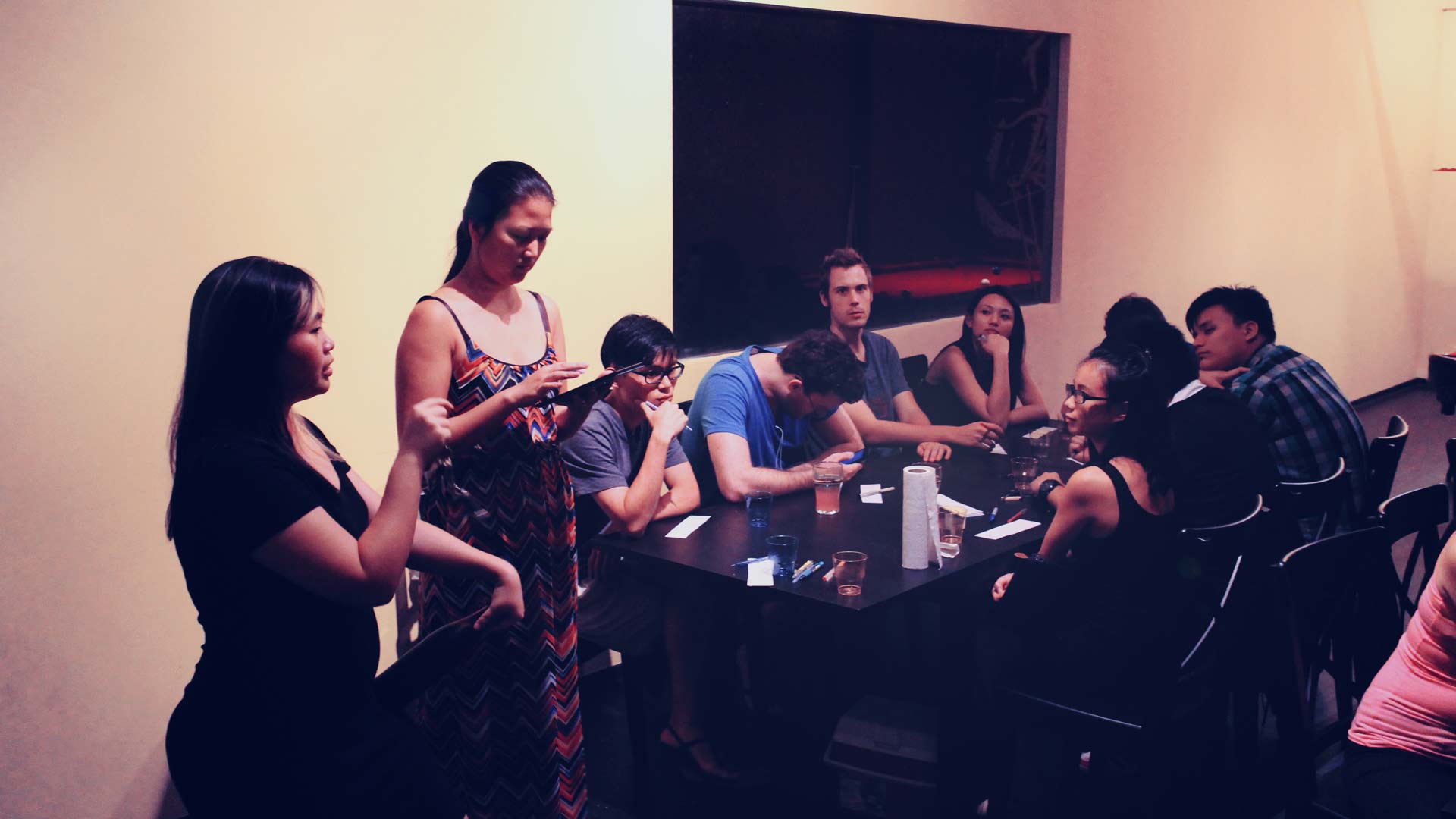 After a half an hour (or was it an hour?) of pretty intense sipping and thinking by everyone, we had our winners. After a few painful months making of acetaldehyde-ridden beers (that’s the compound responsible for the flavour of green apples), Chad came in third out of six with his American Stout. John bested him with his strident Oatmeal Stout coming in second, and the winner was Vivon, who bagged top points for her first brew ever – a dark chocolate stout. Yay for her!

Nick did feel that he received more detailed feedback about his beers this time around, and a quick read through of his sheets showed that everyone was thinking a little more about the beer. Our house mate, Markus, decided to also kick the scoring process up a notch this time around, giving us the standard deviation numbers on top of the rankings. Haha. Not sure if we’ll apply this to our future meetings (the tallying up of scores is usually the part everyone dreads at the meetings) but geeks being geeks, the brewers were well interested in hearing how much the lowest beer’s score deviated from the highest (.89).

Looking forward, it seems like we have refined a template for running our future meetings a little more efficiently, though of course, we’re happy to hear any of your gripes about the way it was run in the comments or even during a friendly chat over beer. The Singapore Homebrew Club from the start has always primarily been about home brewing, and improving the craft, and should be about that, until the group as a whole decides that its focus must change and evolve with the times. That some of us become friends because of the meetings are a bonus, of course, that’s best celebrated over (hopefully) hoppy brews sometimes made by our own hands. :)

Photos of the group during judging were taken by Markus Baden. 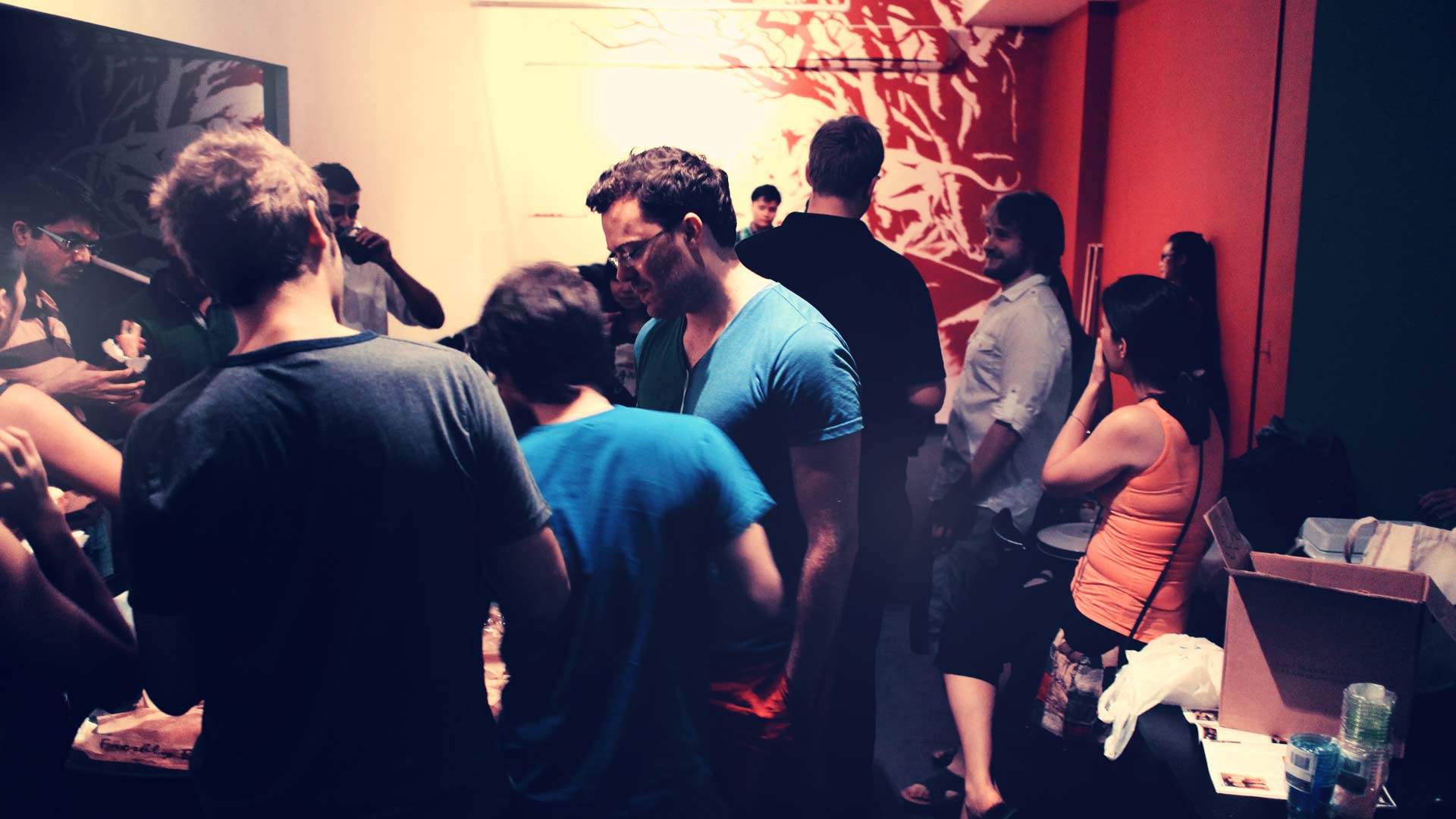 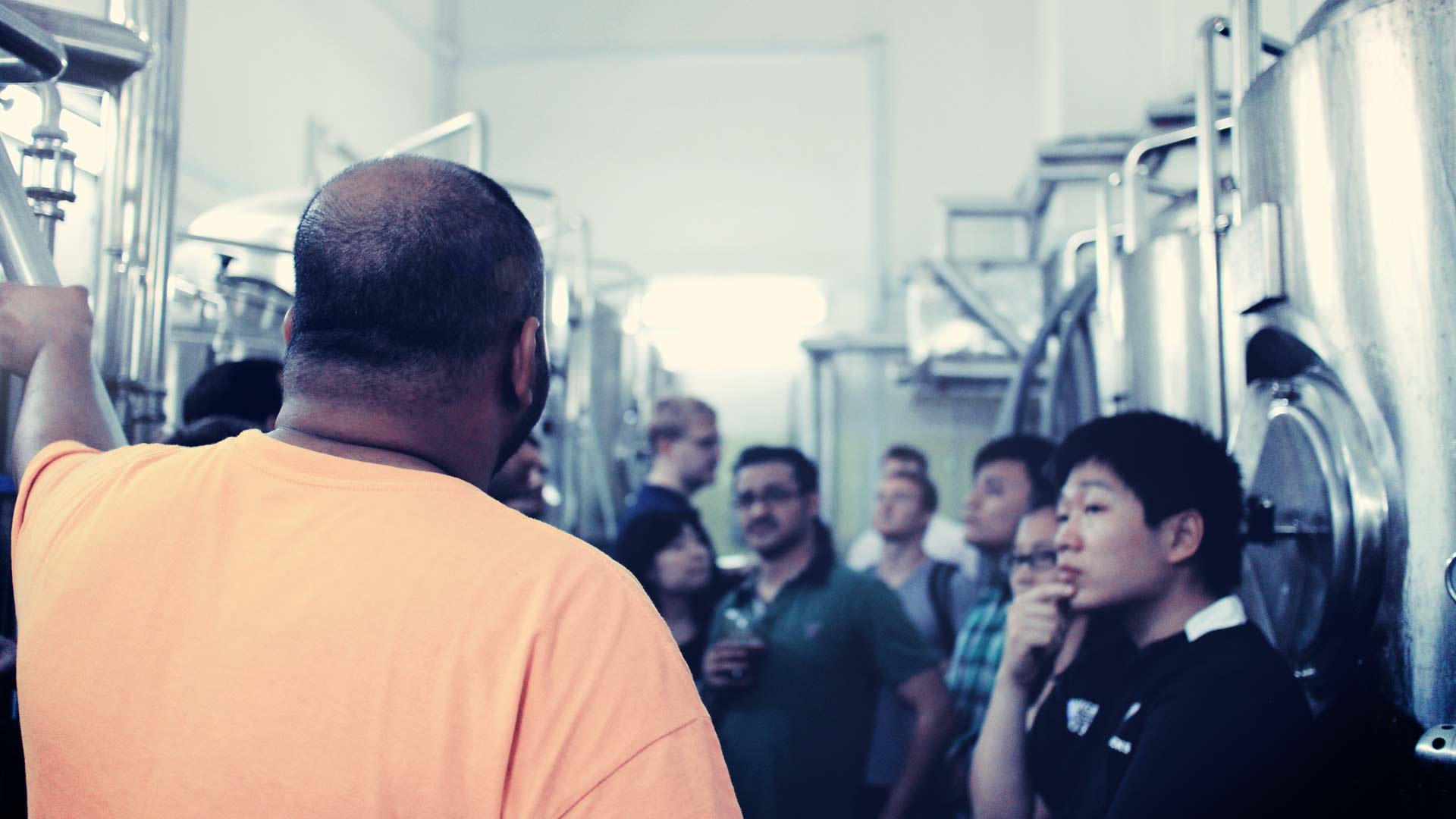 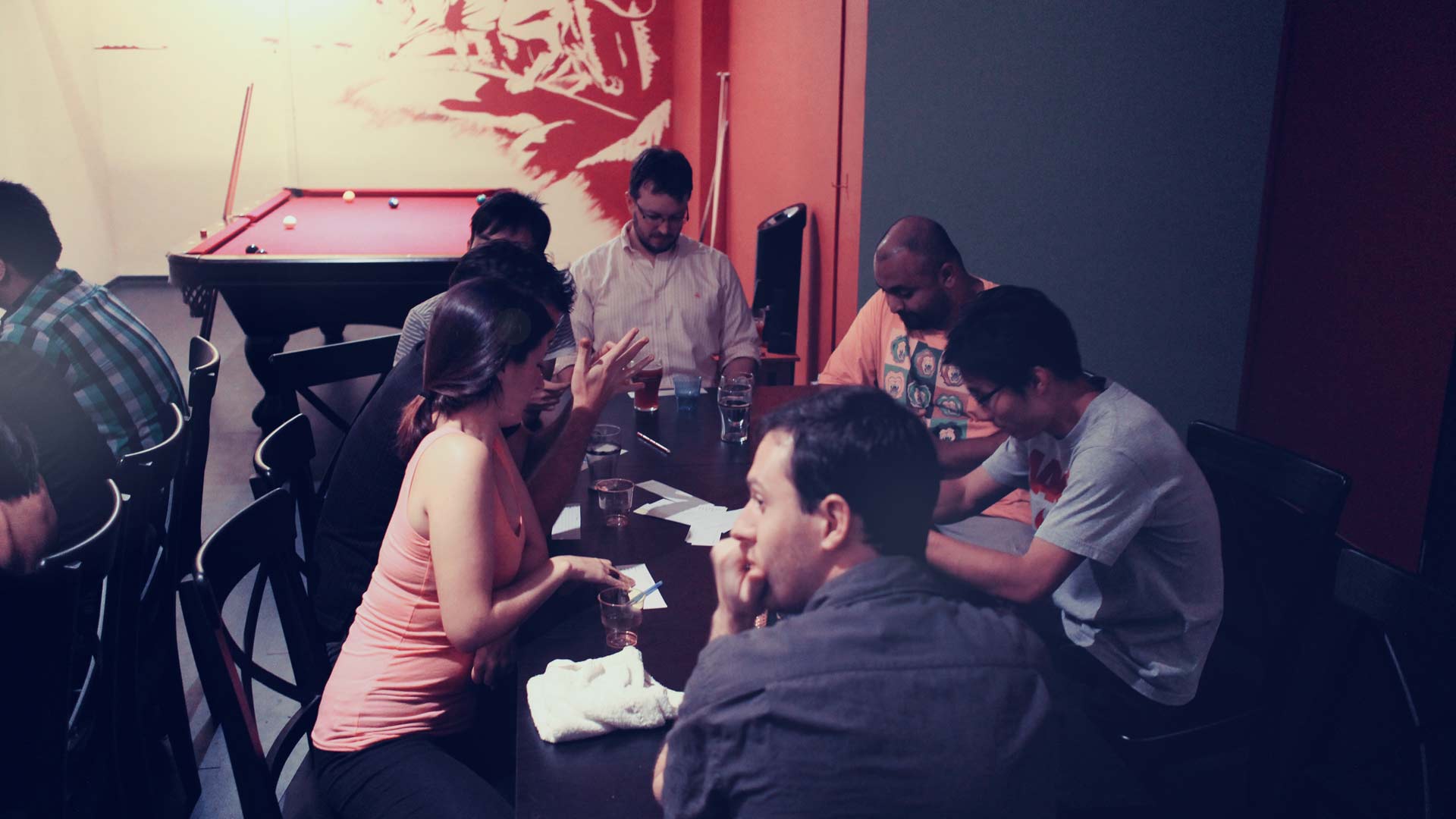 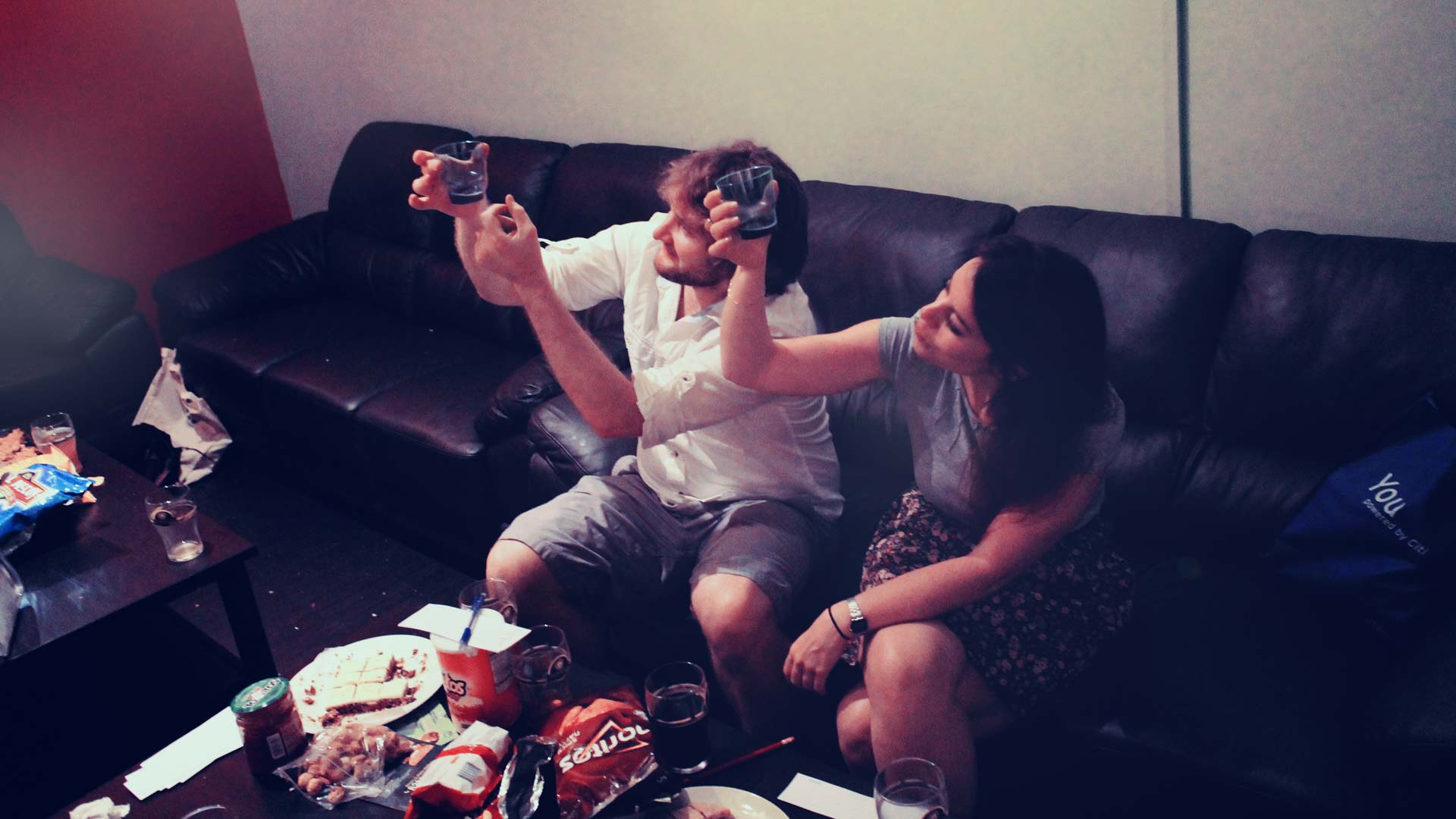 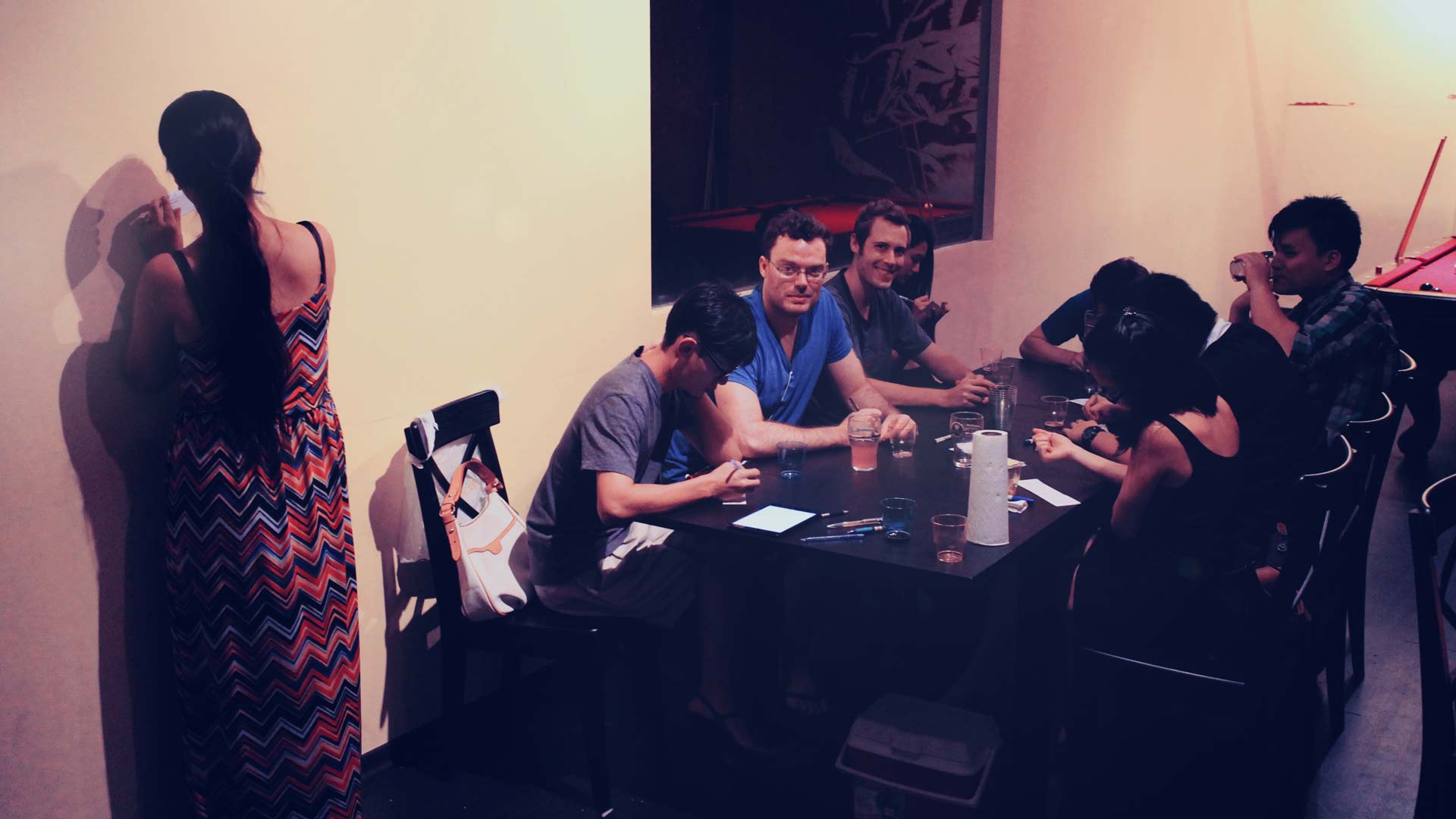