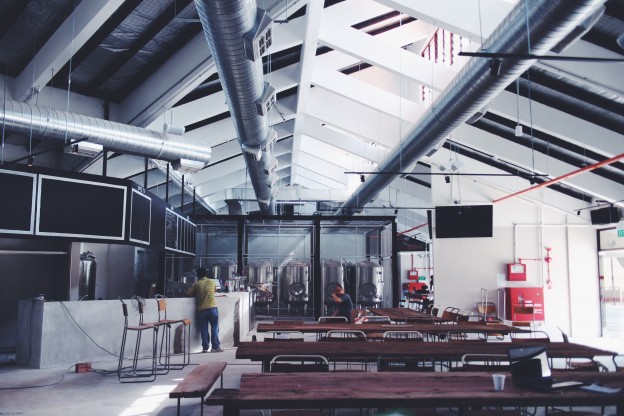 Yupp, you’ve heard right. Singapore’s getting its 13th brewery when Little Island Brewing Co. opens next week. This one has been set up all the way on the eastern tip of the island at Changi Village, and I had a chance to pop by on Monday to go have a look around while they put the finishing touches on their sprawling, industrial-looking space.

I wrote about their food and the beers they’ll serve when they first open for the blog at work, and you can read about it at this link.

For you geeks interested in the beer though, I picked up some info for you too. Here are some of the things you wanted to know:

Steve Spinney is brewing the beer at Little Island Previously a co-owner of Bali’s Storm Brewing – they had booths at Beerfest in 2010, 2011 and 2012 – he continues to be based in Bali, but takes on a consultancy role at Little Island Brewing. A Balinese guy, who has brewed with Steve for 10 years, will be his man on the ground, keeping production running when he’s not around in town. Steve is Little Island’s consultant brewer though, and not a co-owner, which is contrary to earlier rumours I heard about this venture.

The brewery is owned by four Singaporeans Three of whom are silent partners. Francis Khoo is the brewery’s public face. I’m not sure I’ve heard of him in an f&b context, but Smith Street Taps’ Daniel Goh told me he’s a regular at their kopitiam bar. Does anyone else know him?

You’ll have to wait another month or two to taste their beers Construction work around their brew and fermentation rooms were still underway when I visited on Monday. But once they’ve got that sorted and have received their license, Steve might start by brewing a stout, to give it time to age.

The beer programme hasn’t been firmed up but there are plans to serve a golden ale, pale ale, red or Scottish red ale and a stout. Some of the recipes, like his Chinook and Cascade pale ale and golden ale with Hallertau and Styrian Goldings will be made with recipes tweaked from the stuff he used to make in Bali. He also plans to brew a stout with a similar recipe to the one that won Storm its three gold medals at the Asia Beer Awards.

Steve was also contemplating possibly brewing a hefeweissen (though he’s a little afraid of its aggressive yeast), a few limited edition high alcohol beers, stuff with peated malt, and maybe kick off a barrel-aging programme. None of this is set in stone – brewing hasn’t commenced at Little Island.

When the space opens next Thursday, they’ll serve Elijah’s Applehops stuff like Adnams and Beavertown on tap.

Their brew equipment Little Island brews 5,500-litre batches with manual, steam-powered brew and hot liquor tanks. Steve plans to open ferment in an enclosed room next door (‘I like to see my beer fermenting’). I expressed my slight horror at this, considering that the air is also a little saltier since they’re so close to the sea. And the notoriously mouldy Singaporean humidity! But he counters, ‘Everything will be cleaned before I start brewing – the walls, the floor. I’ve never had any problems in Bali, and they were all open fermenters. I’m very fanatical about my sanitation – if I don’t feel like it’s been good once, I’ll clean it all a second time.’

Steve hopes to naturally ferment in their row of Brite tanks, and the beers will be filled into the copper tanks behind the bar manually, and ready to be dispensed with their tap-and-pour DrinkConnect system.

I’m always a little optimistic to hear about new developments in the local craft brewing scene – and I have to be, I work in the industry and I’d be such a sad, cynical person if I expected the worst from every new cafe, restaurant or bar that came along. I don’t feel any less excited about Little Island so far.

I quite liked the breezy yet industrial beer garden vibe they’ve managed to carve out in their sleepy neighbourhood, and their food and soda programmes remind me a lot of our experience at Warpigs.

Let’s all cross our fingers and hope for the best, shall we? :) 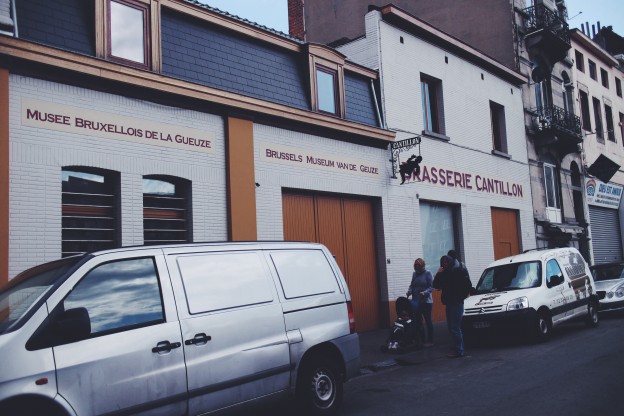