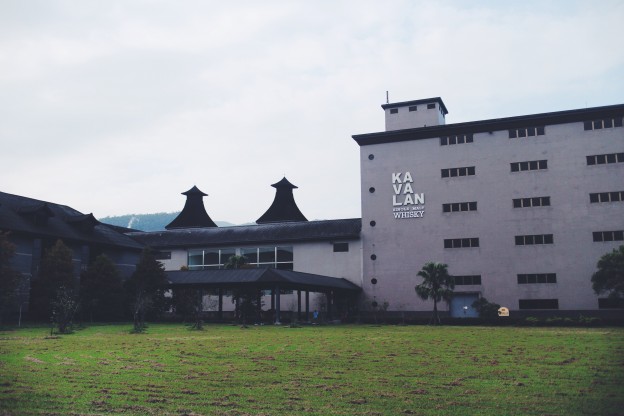 The distillery started out in 2002, releasing its first expressions in 2006. Kavalan, named for the hill tribe that inhabits the area, was started by the King Car Group, which we learned was a major player in beverage production – they own coffee brand Mr Brown, which also runs a bunch of cafes in Taiwan. 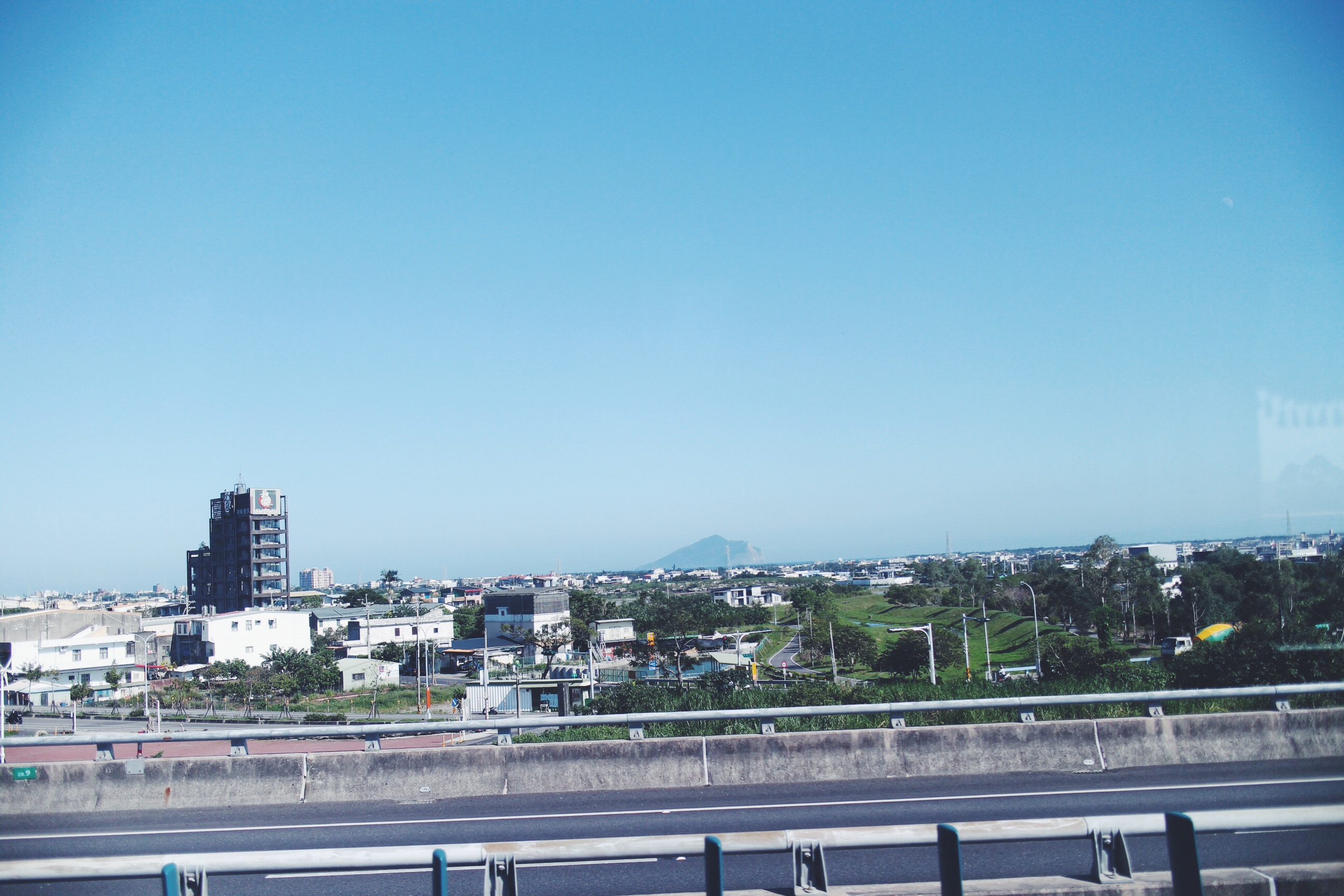 The best way to get to the distillery in Yilan from Taipei is to take a bus from the Taipei Main Station. We hopped on the Kamalan bus service that departs every 20 minutes and takes an hour to get to Yilan for a modest price of NT$220 (S$9.20) return. The bus ride took us through some stunning scenery where we were surrounded by green mountains on all sides and through the longest car tunnel in Taiwan. When we emerged from the Hsuehshan Tunnel, we saw the fertile coastal plains of Yilan county and the gorgeous Turtle Island in the distance.

The city of Yilan is a stark contrast to Taipei as there are no high rise buildings and it is very industrial. Yilan is also rural with agriculture, especially rice cultivation, playing a major role in the local economy. After alighting from the bus at Yilan’s central bus station, the distillery is still a further 10km southwest, and the only way to get there is by a taxi, which cost us NT$260 (S$11) and took about 17 minutes. 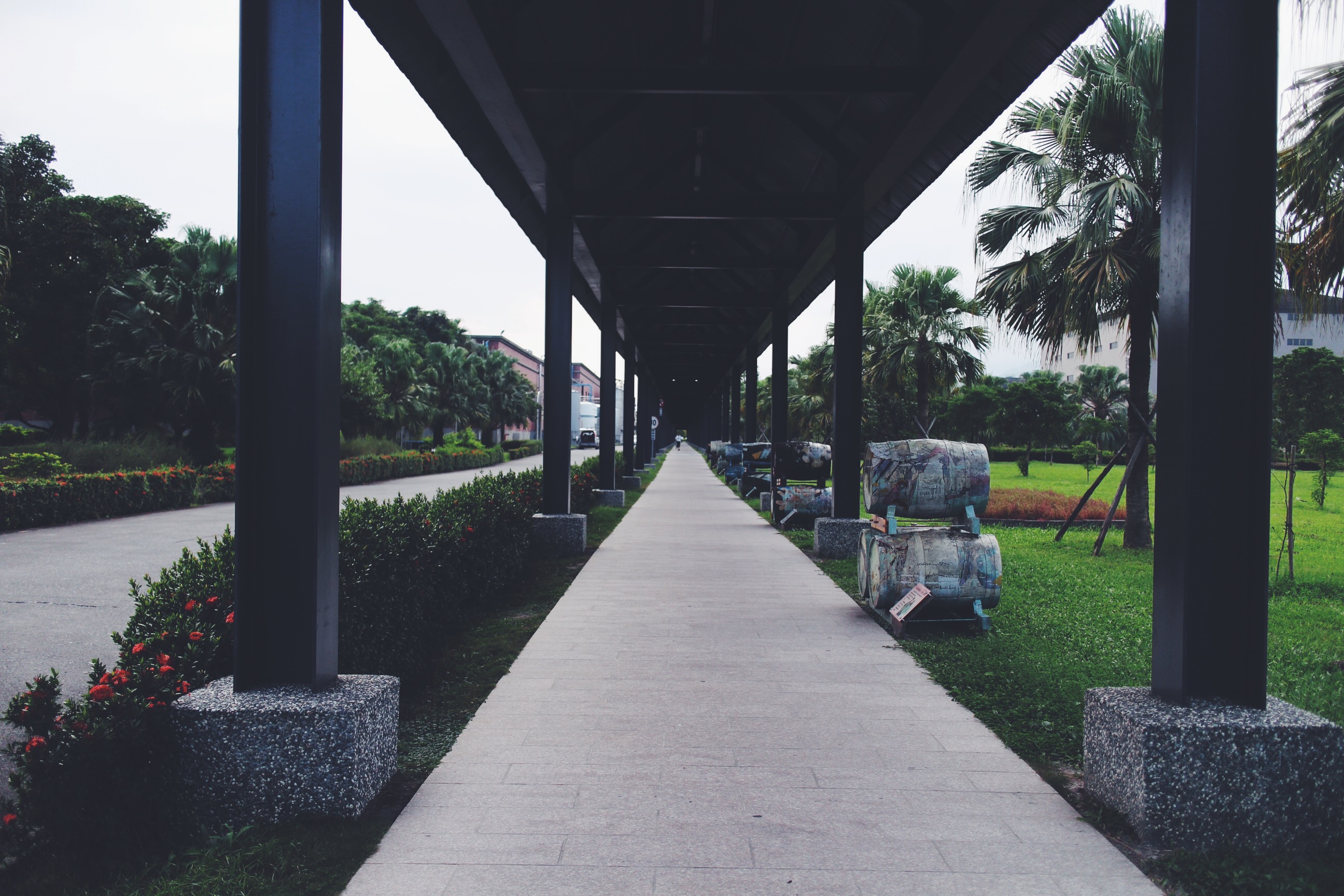 At Kavalan’s conference and visitors centre, which is a grandiose mansion clad in exquisite marble, the tour starts with a short educational video on the distillery’s and the King Car Group’s history. From here, the real deal is a ten minute walk through a long, sheltered walkway across Kavalan’s grounds. The tour is self-guided, which is understandable as they see over 5,000 visitors on a weekend. 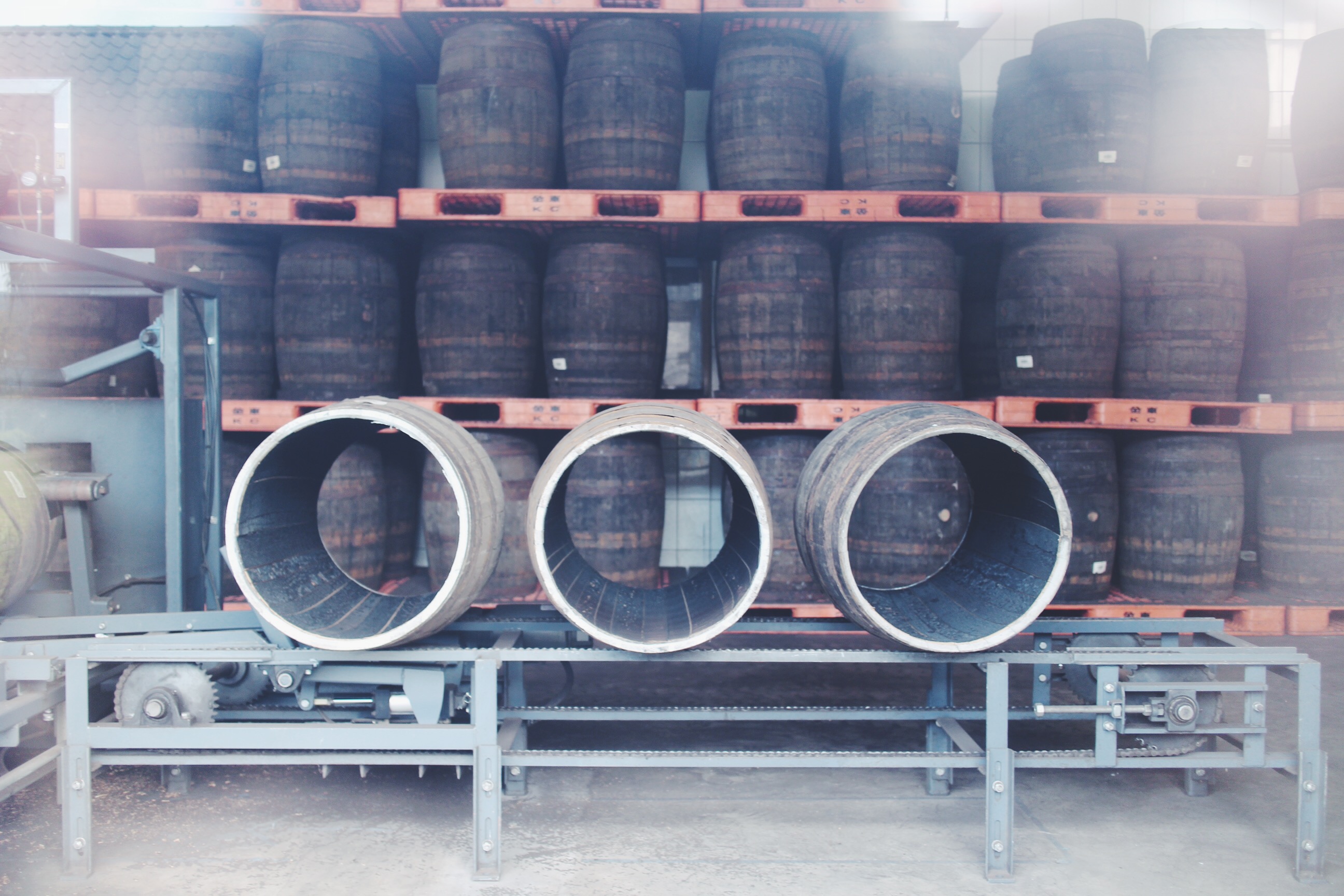 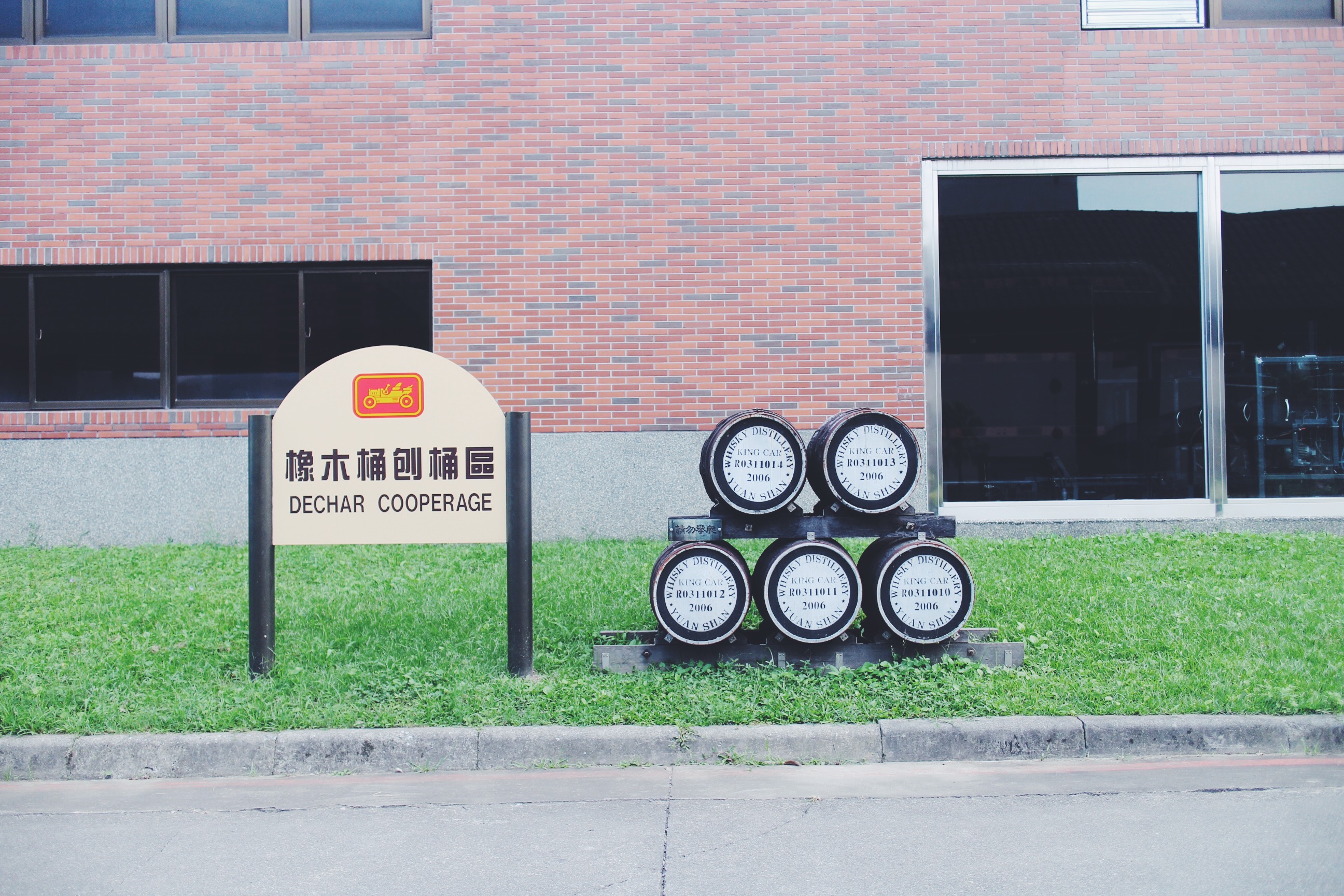 On the way to the distillery’s showcase, two buildings on the left shows off Kavalan’s cooperages. Here, the ex-bourbon and ex-sherry casks they source from the US and Europe are reconditioned. This involves removing a few milimetres of material from inside the barrel, to ensure that no undesirable flavours end up in the final product. The barrel is then spectacularly re-charred to a medium to heavy level, before its deployed to age its white spirit. 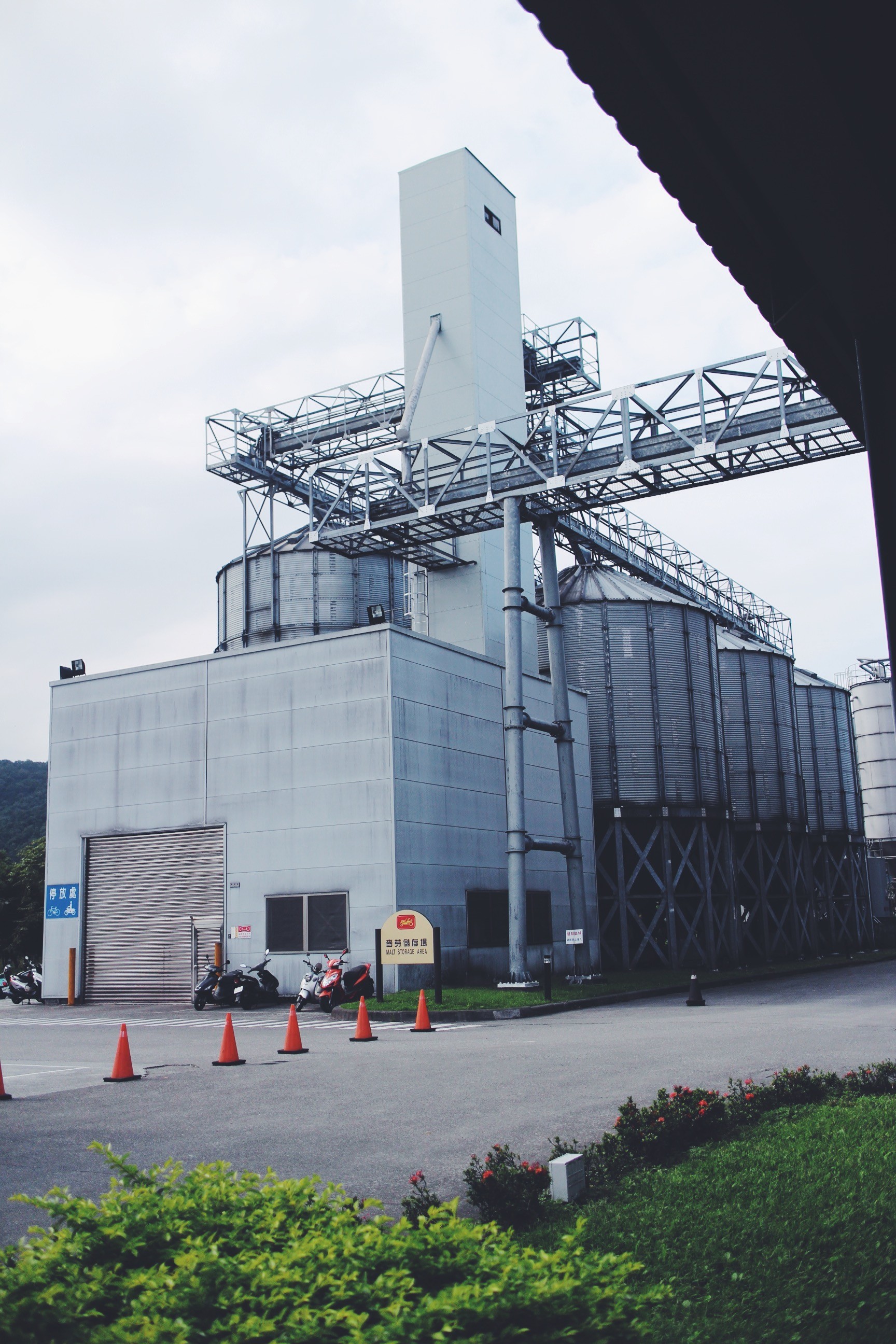 After passing the keg reconditioning building, we arrive at a massive grey factory building, with huge silos for the whisky malt just to the side of it. The start of the self-guided tour teaches you about how whisky is made. There are some samples of peated and unpeated malts, which are imported from the UK after it’s been malted. The sub-tropical climate of Taiwan isn’t conducive to growing barley and the malts they use is the two-row variety and not the highly-modified six-row that us homebrewers are used to. 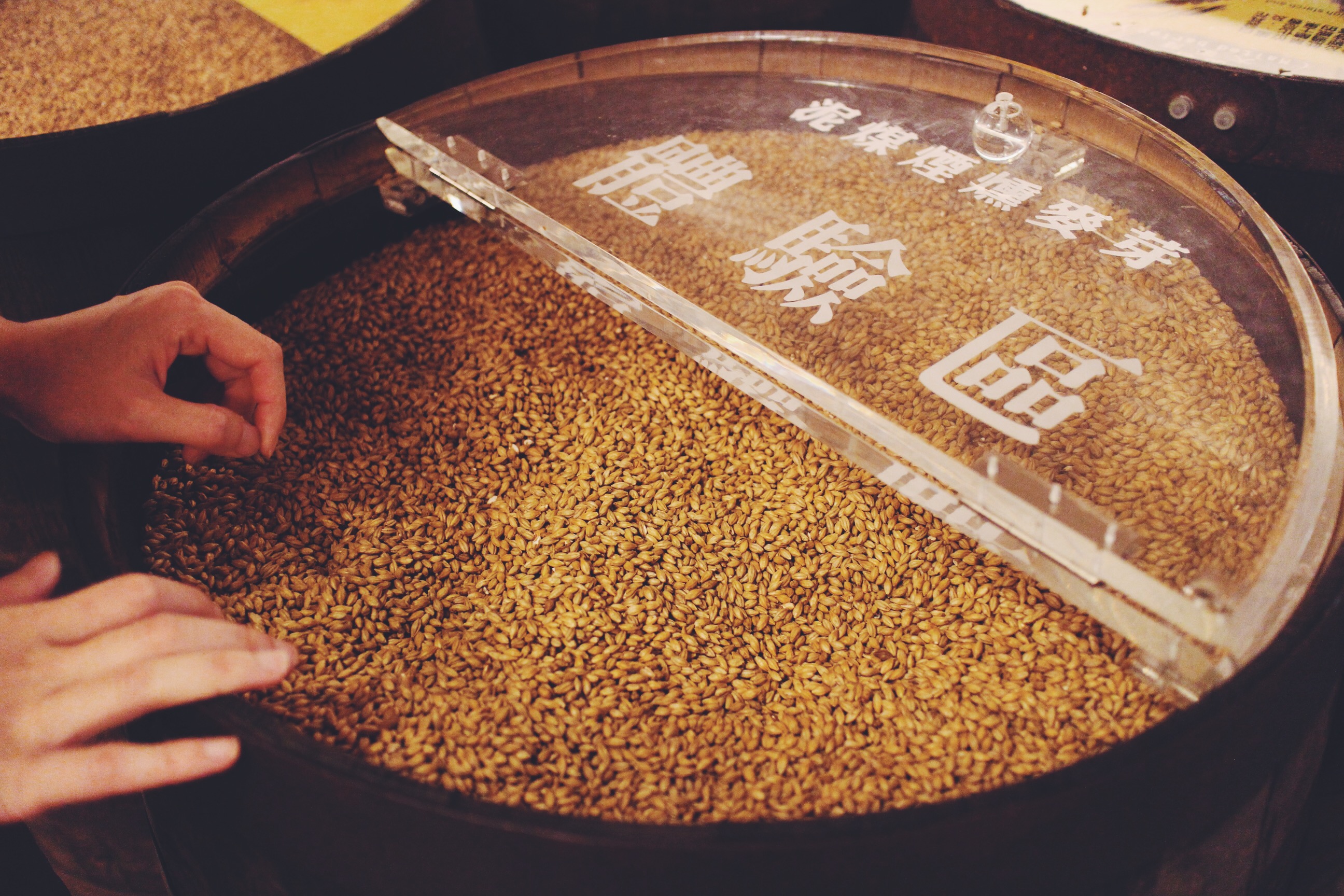 In this section of the tour there is a display showing how the whiskey ages in different barrels of a 4 year period. This is interesting as it shows how the colour imparts. 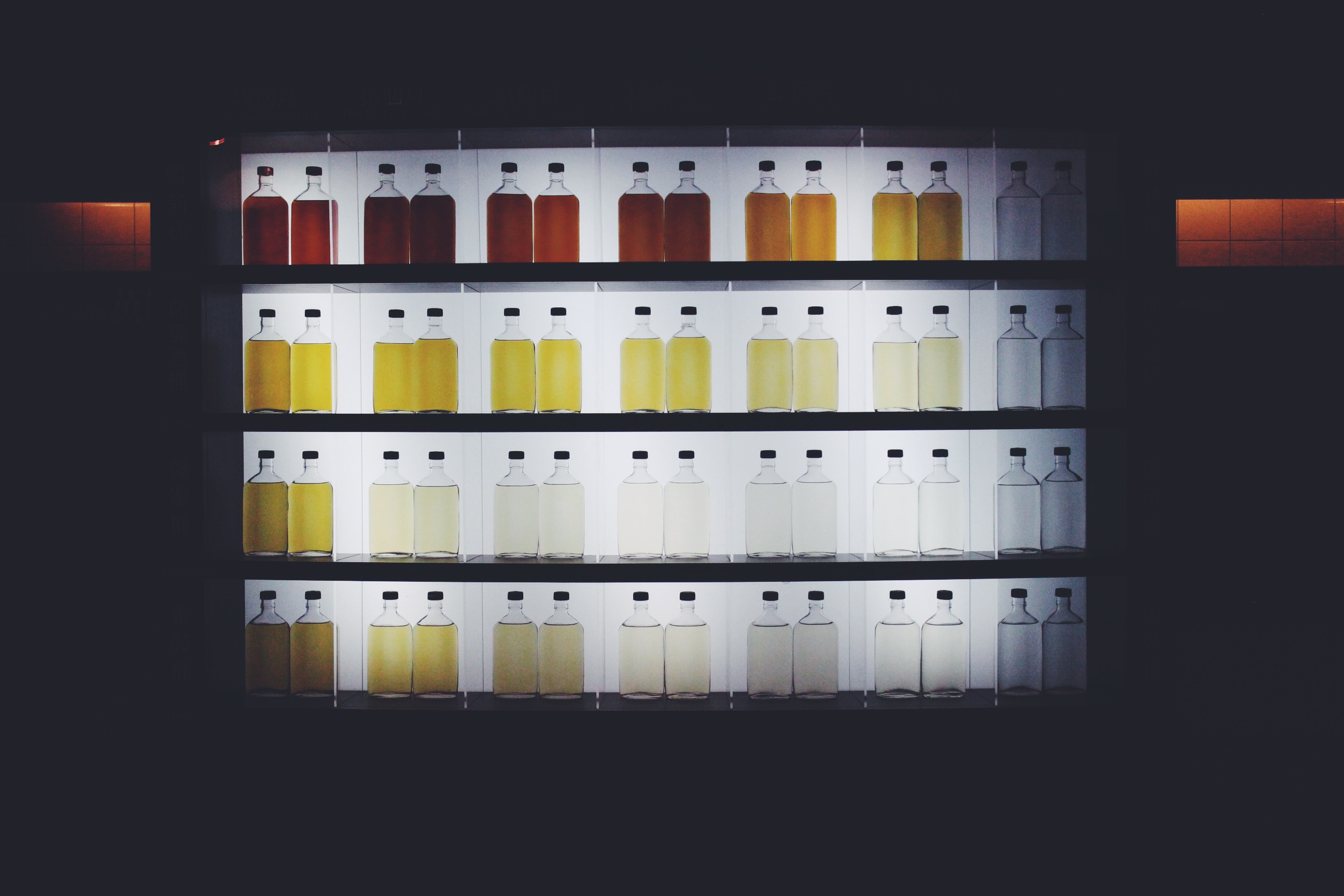 Moving on from the education section, we move on to the mashing and fermentation area. The whole tour is one enclosed, elevated walkway above the distillery. The mashing of the malt takes eight hours and is done at 65ºC. The eight hours seems long to us as homebrewers, but I guess when you’re making a 1,000-litre batch, things will naturally take longer. The wort is then fermented for a quick three days at 20C producing a 7 percent ABV wash. The wash goes to the stills to be, you guessed it, distilled. 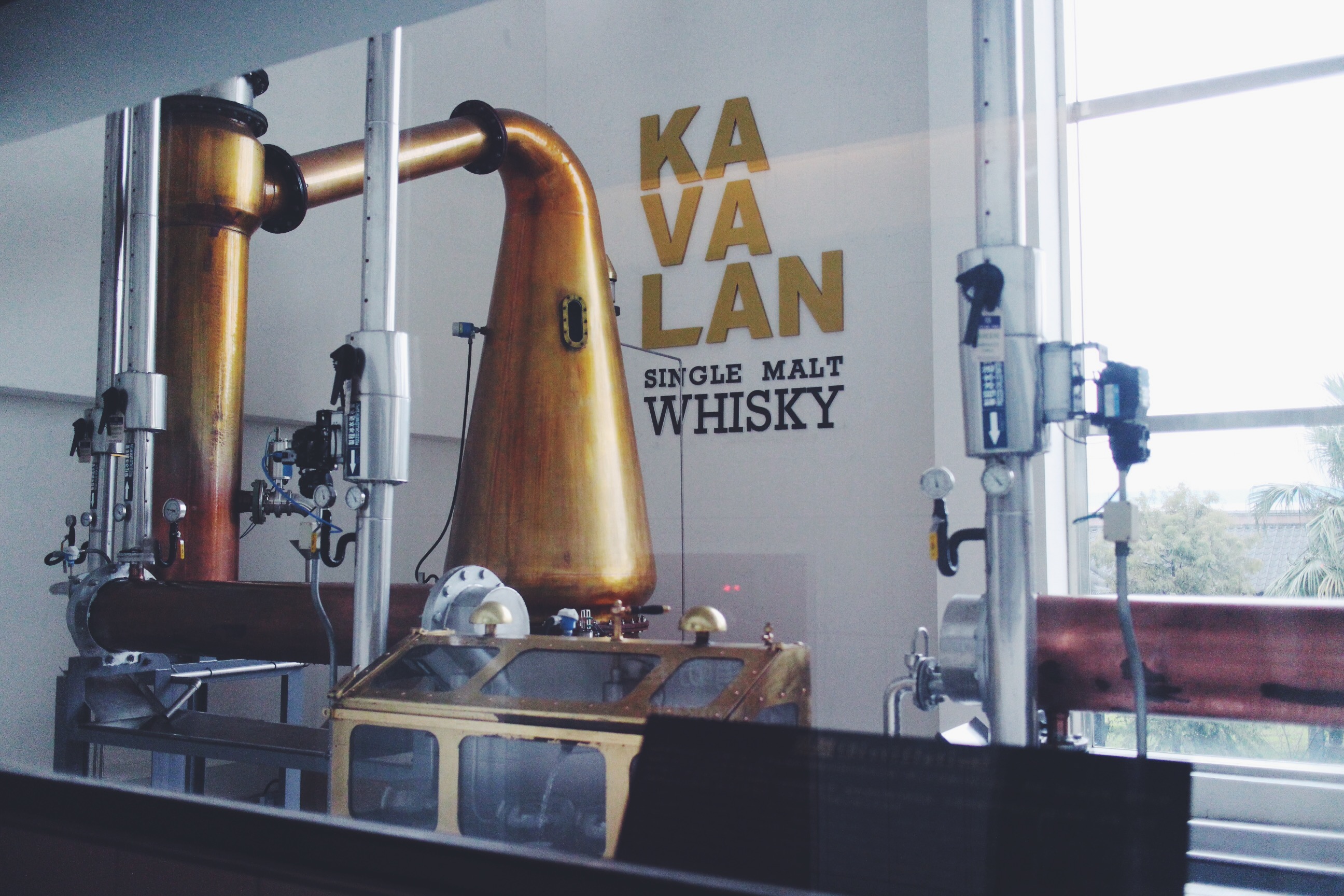 The distillery employs four pot stills that work in pairs to remove water and other byproducts from the mash. The first still brings the wash to 20% ABV and the second one increases the ABV to 67% before it’s casked. The stills incorporate two condensers – a vertical and horizontal one – as the ambient temperature in Taiwan is higher than in Scotland. Walking through this section, the air was filled with sweet ethanol aroma, a sure enough sign that good stuff is being made. 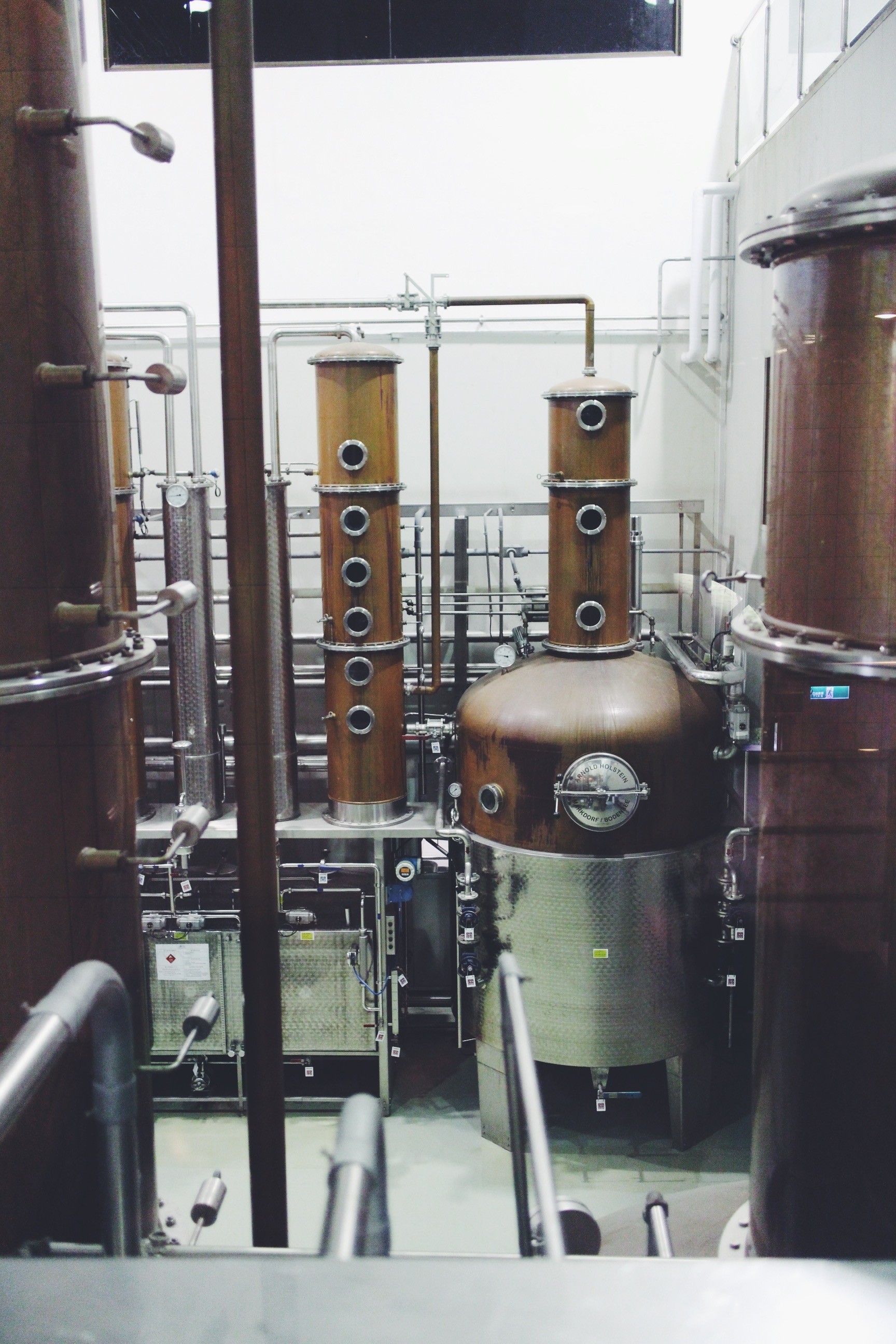 Opposite the room with the whisky stills were some German column stills in another room. We were told that there are plans to expand the line, and Kavalan was in the process of experimenting in producing either vodka or gin, nothing’s confirmed though. I do hope they produce gin. Vodka doesn’t add anything new to the spirit scene it is just marketed ethanol to help frat boys get laid. 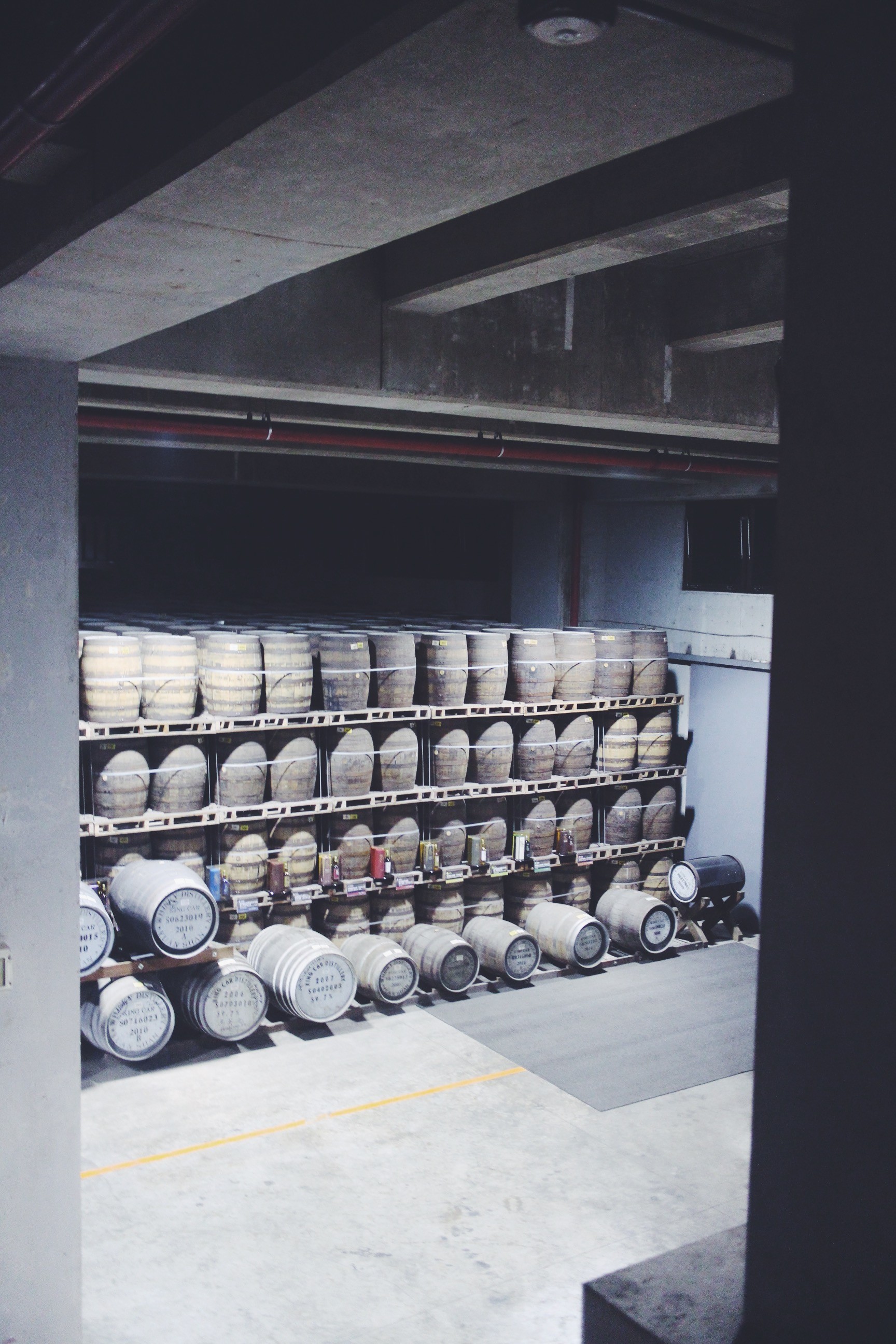 The final area of the distillery building is the cask storage room, one level of the five in the warehouse filled with casks. This was the most impressive room – the sheer numbers of barrels is just amazing, it was barrels as far as the eye can see stacked six barrels high. We were told the casks at the top were the ex-Sherry casks sourced via a dealer, and the one at the bottom ex-Bourbon. The reason for this is the top level can get to a temperature of more than 45ºC in the summer time, and this helps speed up the maturation of the whisky. Kavalan’s whiskies typically achieve in four years what Scottish distilleries take ten to achieve. Except for the cost of heating a warehouse, I don’t really understand why more distillers don’t heat up their warehouses to speed up maturation. 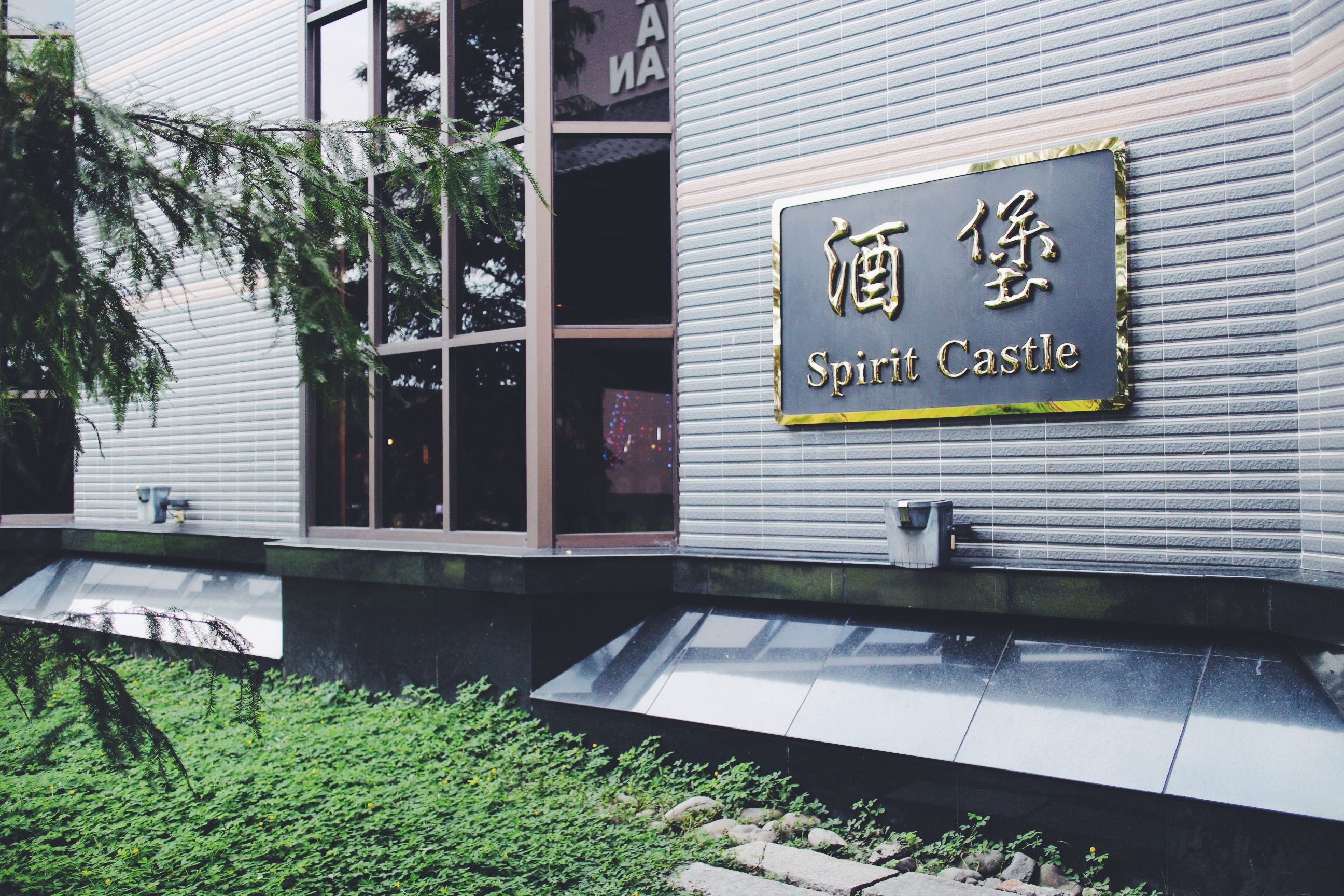 The last stop on the tour is the tasting building, called the Spirit Castle – nice name. This is a massive hall that reminds me of a German beer tent at Oktoberfest. Lots of benched tables have been set up, allowing people to taste the standard King Car Classic Whisky. As we were on kind of a guided tour with Joanie and Blanche with the distillery’s PR department, we also got to taste the Distiller’s Reserve. This has been aged in barrels previously used to age peaty stuff, but does not offer the powerfully smoky notes of an Islay. It’s more refined and rounded with a whisper of peat. 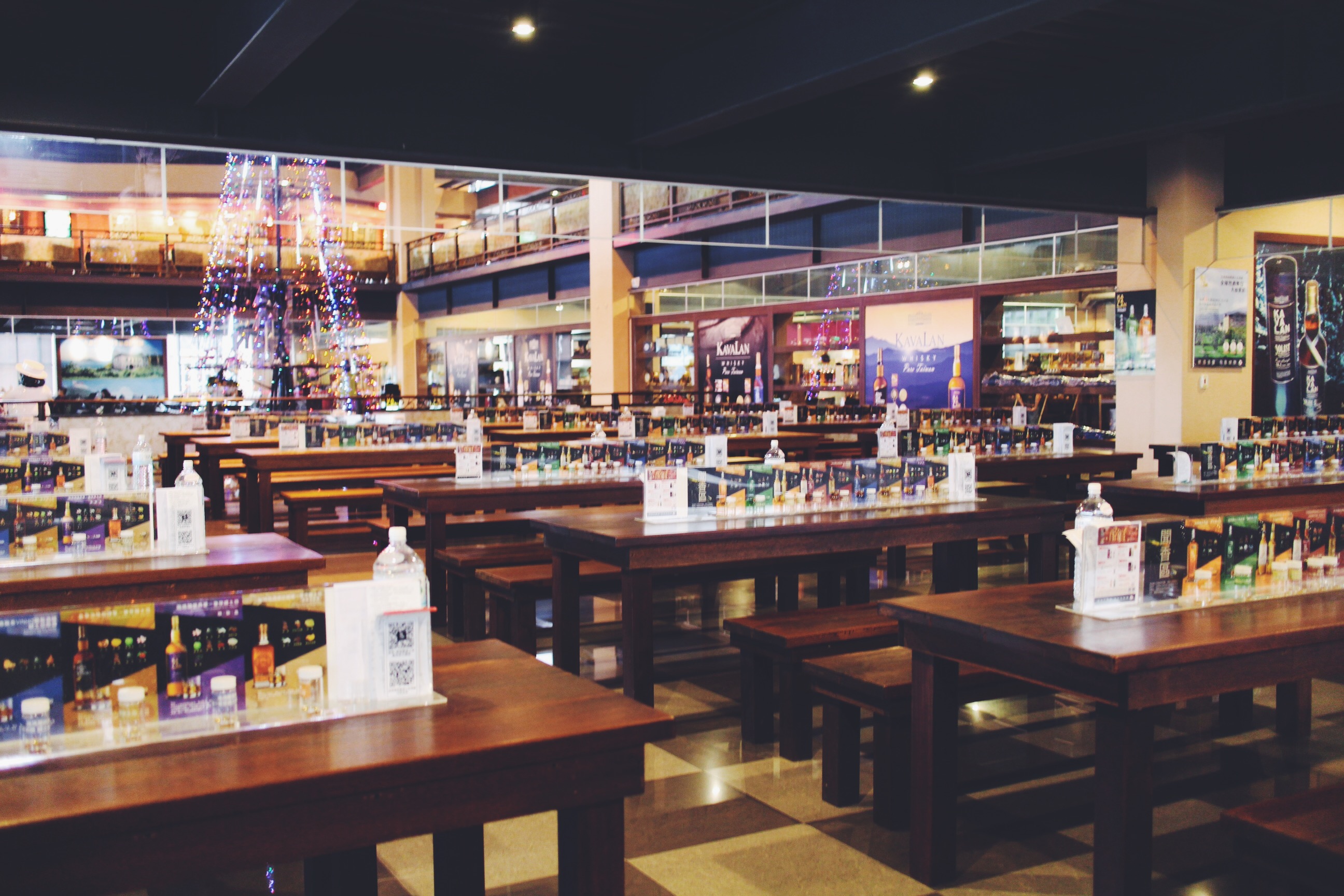 The tasting table was also set up with vials of the full range for people to smell, with labels warning people not to drink the stuff. I’m pretty sure loads of people do drink it though. Haha.

To finish the visit, we took the obligatory passage through the gift shop. Natasha bought me the most expensive whisky in there, priced at NT$6,600 (S$278). There were three reasons for this purchase: Jim Murray, whisky bible guru, rated this the best in Asia and the best expression from Kavalan. Two, the nose on it from smelling the vials is exquisite and extremely complex, and finally, as Natasha and I got engaged on this holiday, she bought this for me as an engagement present.

To end the tour, we went upstairs to the Mr Brown Coffee Shop above the tasting room and had some coffee while enjoying the verdant views of the gardens surrounding the distillery.

To leave, make sure to get the gift shop to help you call for a cab way in advance of the time you intend to leave for your return bus. We ended up waiting for a nail-biting 30 minutes in the dark while waiting, but finally made it back to the Yilan Bus Station.

It was truly a day to remember. 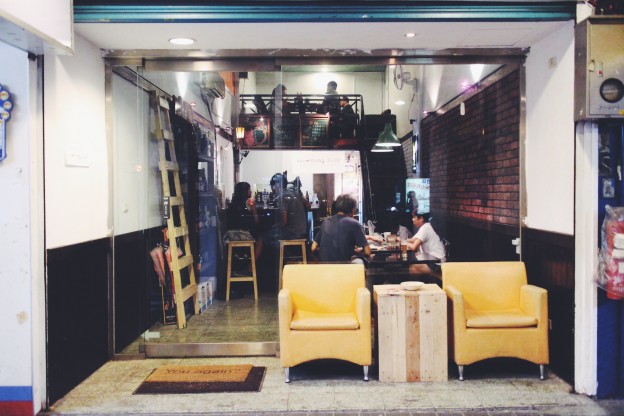